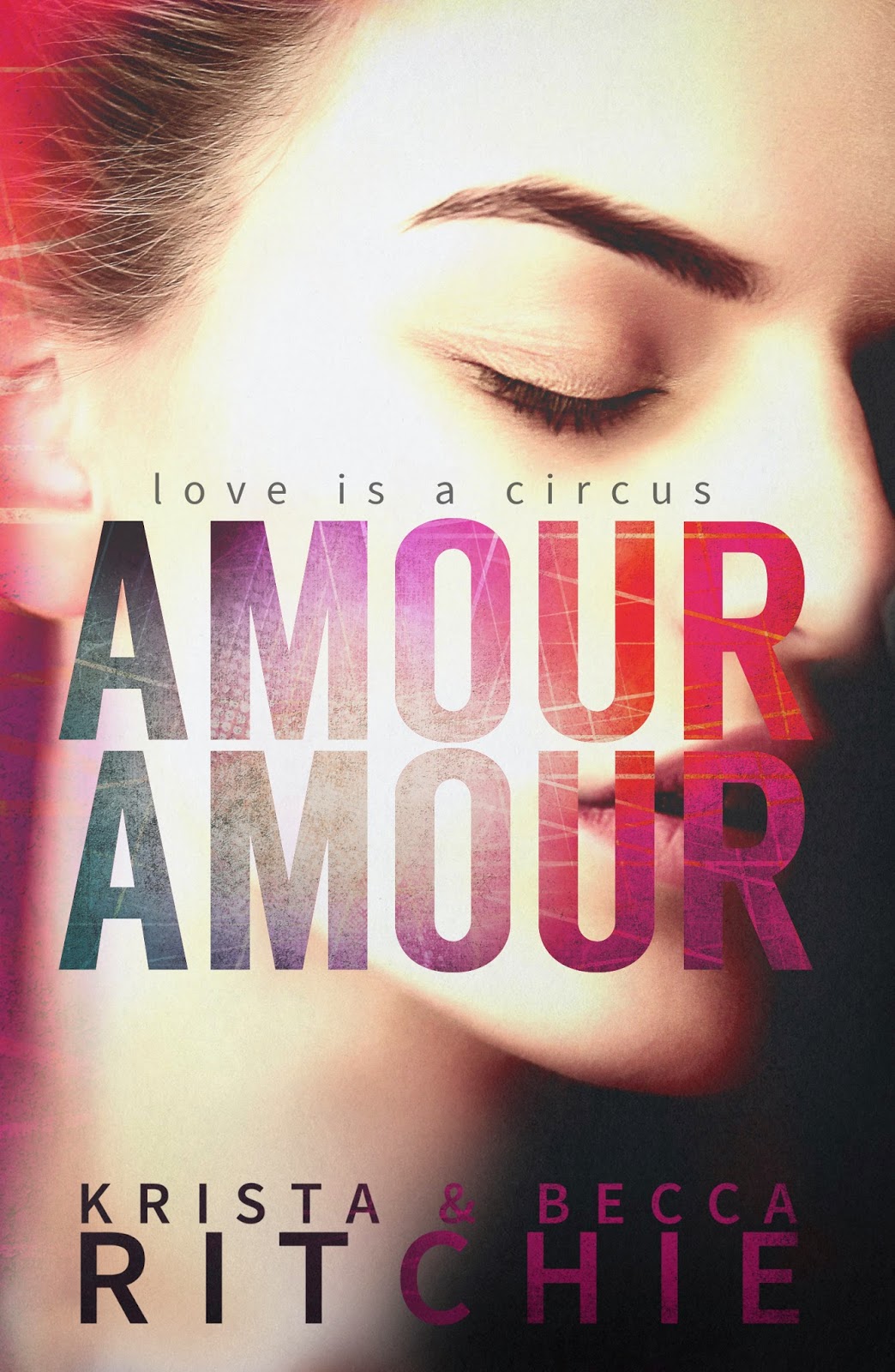 "Every day,” he says lowly, “I hold a person’s life in my hands. The circus is based one-hundred percent off trust. I give it all to someone, and they give it all to me.”

The best aerial technique won’t land 21-year-old Thora James her dream role in Amour—a sexy new acrobatic show on the Vegas strip. Thora knows she’s out of her element the second she meets Amour’s leading performer. Confident, charming and devilishly captivating, 26-year-old Nikolai Kotova lives up to his nickname as the “God of Russia.”

When Thora unknowingly walks into the crosshairs of Nikolai’s after-show, her audition process begins way too soon. Unprofessional. That’s what Nik calls their “non-existent” relationship. It’s not like Thora can avoid him. For one, they may be partners in the future--acrobatic partners, that is. But getting closer to Nik means diving deeper into sin city and into his dizzying world.

Thora wants to perform with him, but when someone like Nikolai attracts the spotlight wherever he goes—Thora fears that she’s destined to be just background to his spellbinding show.


Oh, the two wizards that are Krista and Becca Ritchie! Their books have moved and touched the deepest parts of my soul and I will forever hold them dear and close to my heart. After finishing their first stand-alone novel, I can tell you that I found Amour Amour to be exciting, and the circus setting most definitely added to the otherwise fun, humorous and sensuous story.


"Some days I still wonder if I’ve found me. Maybe we never stop searching. Maybe we evolve the way seasons change, seamlessly without really knowing, not until all the leaves have fallen."

Thora is a great heroine to follow, because she’s so passionate about what she does. Yes, she has her doubts: people constantly tell her that she isn’t good enough, she will never make it yada yada yada, but she always proves them wrong; her determination not foolish, but admirable. Of course, she has her fair share of little [or not so little *cough* pun *cough*] helpers and I believe that this is a very crucial part of being successful. Eventually you do need someone to root for you; to give you a helping hand every now and then. Here’s where John, Camila and the Kotovas come into play.

The secondary characters are what made this book for me. I love sibling relationship so much—especially the complicated, yet loving ones and the Kotovas could give everyone and anyone a run for their money in this aspect. These kids made me cry and laugh out loud more than once. Their friendship with Thora was so endearing that I wanted to squish them together, put them in my pocket and keep them forever. Thank goodness for re-reading, yeah? I loved their personality quirks and there’s so much to explore with each individual that I sincerely hope we do get some companion novels one day.

I loved the setting! There were parts that took my breath away—a prime example being the first time Thora visits the Amour show. It’s described beautifully and makes you feel like you’re not just reading the scene, but rather watching it there alongside her. Also, the romances were pretty darn hot. I liked Thora and Nik together, but there was another couple who brought my obsessive shipper side out and OH. MY. CONNOR. COBALT. SERIOUSLY THIS OTP YOU GUYS!!!!! I WAS ROLLING ON THE FLOOR GASPING FOR AIR BECAUSE THIS COUPLE! I AM SO HEART EYES YOU DON’T KNOW HOW HEART EYES. THEY NEED THEIR OWN BOOK. PRETTY PLEASE. I am willing to bring out the tears and puppy eyes if necessary.

Even though it wasn't my favorite book by the twins, I liked this story a lot and thoroughly recommend it! While some parts of the novel were predictable, there were A LOT of parts that made me gasp and say “GET OUT OF HERE! NO WAY! DID THIS JUST HAPPEN?? *wipes back a few pages and reads again* OMG THIS DID JUST HAPPEN!” out loud, so you can say that there are quite a few coup de théâtre’s here and there. Amour Amour is a chemistry filled story with a lot of passion, heart and character growth. You can see, feel and almost touch the passion Krista and Becca have put into this novel: there are so many pieces of them in Amour Amour for the rest of the world to see, if only you know where to look. It’s inspiring, enthralling, brave and admirable! I hope we do get to meet the Kotovas again in the future and get a front row seat from different povs to all the acts bound to happen in their crazy lives.