Dual Review: Every Last Word & For the Record

Hi, my loves! Long time no talk, eh? As you know, for the past year, I've been struggling with a huge, huge blogging slump + work and uni have been keeping me hella busy, but lately I've been feeling the urge to blog and I especially felt that as I was filling out answers to a tag that my friend Lisa tagged me to do. Can't wait to share it soon! Next week I'll be back with a blog tour for my favorite series in this entire universe, but today I have a dual review for you and I can't wait to see if we share any common thoughts（✿＾▿＾） 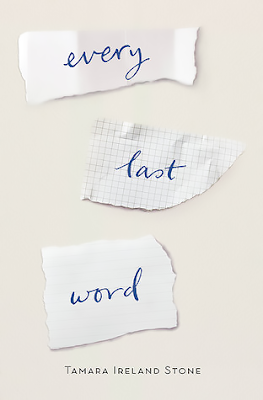 If you could read my mind, you wouldn't be smiling.

Samantha McAllister looks just like the rest of the popular girls in her junior class. But hidden beneath the straightened hair and expertly applied makeup is a secret that her friends would never understand: Sam has Purely-Obsessional OCD and is consumed by a stream of dark thoughts and worries that she can't turn off.

Second-guessing every move, thought, and word makes daily life a struggle, and it doesn't help that her lifelong friends will turn toxic at the first sign of a wrong outfit, wrong lunch, or wrong crush. Yet Sam knows she'd be truly crazy to leave the protection of the most popular girls in school. So when Sam meets Caroline, she has to keep her new friend with a refreshing sense of humor and no style a secret, right up there with Sam's weekly visits to her psychiatrist.

Caroline introduces Sam to Poet's Corner, a hidden room and a tight-knit group of misfits who have been ignored by the school at large. Sam is drawn to them immediately, especially a guitar-playing guy with a talent for verse, and starts to discover a whole new side of herself. Slowly, she begins to feel more "normal" than she ever has as part of the popular crowd . . . until she finds a new reason to question her sanity and all she holds dear.

There aren't enough words to describe how much I loved this book! Every Last Word is an important novel that shares Samantha's story of suffering from OCD, more importantly, the obsessive part of OCD. She is a wonderful heroine to follow, because she cares so much and I loved seeing her grow more into a person who isn't acting by others' approval, but does things she wants and likes to do for herself. Very proud of her!

I really loved loved loooooved these following aspects of the story:


Also, I have to mention, I didn't see the twist coming???? I saw it coming like right before it happened but HOLY SMOKE! That was brutal and so unexpected. Note @ Tamara: this was cruel and I cried a lot; way to pack a punch like this! I liked how important this part was regarding the whole scheme of things. The author note was so important and super emotional, so don't miss that for sure!

I never really thought about ableism slur that much to be honest, but this book shows us why ableism language is bad, because by using the "i'm so OCD about this and that" and "my OCD side is the reason for ..." when we don't really suffer from OCD -- it lessens the weight and struggle of people who do struggle from OCD.

*If you want to read more about ableism slurs, head over here and here; also, this post gives you quirky words you can use instead of the term OCD when referring to your analytical, order-loving, sometimes-obsessive self.

Anyhow, this novel was everything I hoped it would be an more! So much love and respect for the author for tackling this story so gracefully and painting an important, well-written portrayal of the struggles of someone with OCD. With an authentic voice Every Last Word is bound to please a lot of YA contemporary fans! 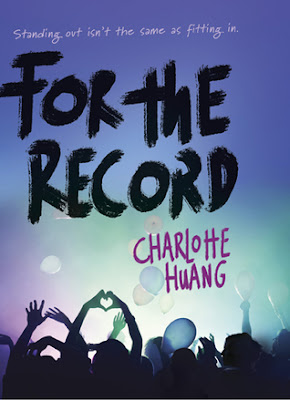 If Almost Famous were a YA novel... a raw, honest debut celebrating music, friendship, romance, and life on the road.

Chelsea thought she knew what being a rock star was like... until she became one. After losing a TV talent show, she slid back into small-town anonymity. But one phone call changed everything

Now she’s the lead singer of the band Melbourne, performing in sold-out clubs every night and living on a bus with three gorgeous and talented guys. The bummer is that the band barely tolerates her. And when teen heartthrob Lucas Rivers take an interest in her, Chelsea is suddenly famous, bringing Melbourne to the next level—not that they’re happy about that. Her feelings for Beckett, Melbourne’s bassist, are making life even more complicated.

Chelsea only has the summer tour to make the band—and their fans—love her. If she doesn’t, she’ll be back in Michigan for senior year, dying a slow death. The paparazzi, the haters, the grueling schedule... Chelsea believed she could handle it. But what if she can’t?

I wasn't aware of this novel before Sue pointed it out to me and since it sounded extra cool, I downloaded an ARC from Netgalley. I can tell you that it was an enjoyable read, but definitely not among my favorites of the year.

I applaud for the music industry parts, especially the way the author described the feeling of being on stage and growing into being a live artist for masses. However, there was so much of it that by 50% I really didn't know what the moral or point of this story was going to be or where we were heading?

I liked how Lauren was a nice girl and that Chelsea wasn't mean to her either. I'm still not over Mandy though; WHAT EVEN WAS THAT? Sigh. She got on my nerves a lot, because it was always about her. Always. Plus the thing she did.. double sigh. I didn't really care about any of the romances, though I can see how they would be endearing to a lot of people. I liked the ending scene though, even if it was highly predictable.

The writing was very simple and a bit jumpy here and there. Also, there were two things I didn't like: a. slutshaming (there was quite a bit of this); b. Lauren was described as "Asian" and it felt like she was being blanketed under the Asian term which is sad, because, as we all know, Asians are not all the same, but vice versa, Asia is rich with different countries, culture and people. It would have been nice to know what Asian descent she is. (I doubt I missed this defining aspect, but I could have. In that case, my apologies.)

As a whole, it's a pretty decent effort and I'm eager to see what else Huang has in store, but this particular novel unfortunately wasn't my cup of tea per se.

Thank you to Netgalley and Random House for an ARC. My thoughts are my own
and in no way did this affect my thoughts.
Posted by Siiri at 4:32 PM