Mini-Reviews: Hooked by Liz Fichera; Play With Me by Piper Shelly and Shut Out by Kody Keplinger 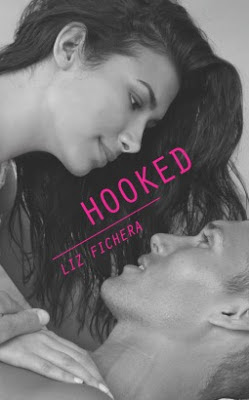 
When Native American Fredricka ‘Fred’ Oday is invited to become the only girl on the school’s golf team, she can’t say no. This is an opportunity to shine, win a scholarship and go to university, something no one in her family has done.

But Fred’s presence on the team isn’t exactly welcome — especially not to rich golden boy Ryan Berenger, whose best friend was kicked off the team to make a spot for Fred.

GET HOOKED ON A GIRL NAMED FRED.


I was really excited for this book. That cover was what initially caught my eye, but the story sounded great, too. I looked forward to reading about golf, rivals and romance, but when I was about 70 % through I finally realized that I would not like this book even if there would be a 5 star ending, which, unfortunately was not there. It’s my honest opinion that this book was a huge disappointment. I’m glad I didn’t get a paperback, because I only want to re-read books that are on my real shelf, not a virtual one, and this book did not do it for me. I found the characters lacking in personality department, the chemistry was off and it was just all over the place. The only reason it gets higher than 1 stars is because of the idea and that it featured a native American girl which I haven’t seen around that much lately. 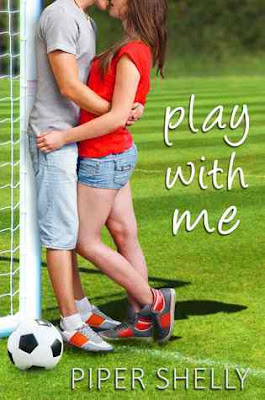 Ryan Hunter's parties are legend. And tonight she's going to be there.

Liza Matthews anticipates the return of her best friend and only love since kindergarten from soccer camp. But when Tony finally shows up, his mind is more focused on another girl. And worse, she's a soccer player. Fighting for the attention Liza craves, she's just a hairbreadth away from making a very stupid decision. But when extraordinary times call for extraordinary measures, she's prepared to play ball to get her man.

The tryouts are hell, the first match ends bloody, and the morning after the selection party she wakes up in the worst place possible—in the arms of the captain of the soccer team. The hottest guy in school. Ryan Hunter.

Play With Me is a cute novella of Liza, Tony and Ryan. Liza and tony are best friends and Liza has had a crush on him since forever. Ryan is Tony’s soccer teammate and a good friend. When Liza sees that Tony has eyes for another girl, she steps up her game and wants to join the soccer team. All of this becomes a hot mess. I loved Ryan. Ugh, he was such a sweetheart! I know he had a ladies man reputation, but he only had eyes for one girl. This book was cute. I liked it, but I didn’t love it.  I thinks most of it is Liz's fault, because I was just so confused by her, but in the end it’s a really short read with an awesome boy trying to win a girl who is in love with someone else. I advise you to read this one if you’re in a need of a short book while riding a bus or a train because it doesn’t need a lot of attention to understand and it moves on quickly. 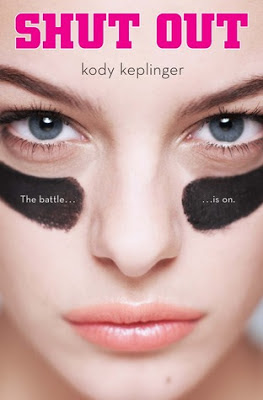 Most high school sports teams have rivalries with other schools. At Hamilton High, it's a civil war: the football team versus the soccer team. And for her part,Lissa is sick of it. Her quarterback boyfriend, Randy, is always ditching her to go pick a fight with the soccer team or to prank their locker room. And on three separate occasions Randy's car has been egged while he and Lissa were inside, making out. She is done competing with a bunch of sweaty boys for her own boyfriend's attention

Then Lissa decides to end the rivalry once and for all: She and the other players' girlfriends go on a hookup strike. The boys won't get any action from them until the football and soccer teams make peace. What they don't count on is a new sort of rivalry: an impossible girls-against-boys showdown that hinges on who will cave to their libidos first. But what Lissa never sees coming is her own sexual tension with the leader of the boys, Cash Sterling...

I read this book a while ago. Let me tell you a secret, I hate that after reading so many books I sometimes don’t even remember what a certain book was about. Sometimes I completely blank out when someone asks me about the characters or mentions a name from named book and I just stare like a total idiot. Well.. This book is rememberable! I liked the idea that girls stand up for themselves, boycott making out and giving their boyfriends the time of their day, because they want to make other things count and achieve their goals. This boys vs. girls war was so hilarious, romantic and fun, fun, fun! I enjoyed it thoroughly. The characters were great, their chemistry was sweet and at times sizzling. I really liked the storylines and temptations that they put each other through. It’s a fun story to spice up your day with laughter since it’s bound to make you laugh and smile. Even though I didn't enjoy DUFF, all of the other books I've read by Kody have been great and I'm really looking forward to her next ones.