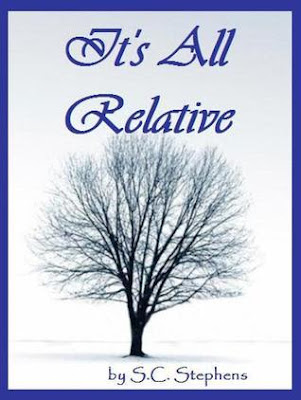 
The club was packed, the music was loud, and the alcohol was flowing. Jessie couldn’t keep her eyes off of the exotic man drinking by himself across the room. Kai couldn’t keep his gaze from the buxom brunette laughing with her friends at the bar. Fate pulled them together, giving them a night that neither one would soon forget. But then, you know what they say about fate. While their one night of bliss was perfect, neither Jessie nor Kai could have imagined what would be in store for them the next time they met, when fate again crossed their paths. As they both soon discovered, sometimes life places obstacles in the way that are insurmountable...even for soul mates.


I like S. C. Stephens' Thoughtless series and I thought I should give some of her other books a try. I did. I liked it. Well.. I sort of liked it at first, it was sweet and intriguing, but towards the ending I got really tired of this whole theme. I mean.. Kai was great, Jessie was a bit overwhelming at times, April was funny etc, but I guess it wasn't the characters I didn't enjoy. Or maybe they were. I don't know. Kai's and Jessie's true situation was known to the readers, so we know what's going on while they're clueless and it's hard to read it while you want them to know the truth so badly. I wanted them to know so this torture could end and they could go on with their lives, but I guess that wouldn't make much of a book, would it?

Yeah, my biggest issue was that they didn't know the truth and all those forbidden things did not seem so forbidden to me. Also, I thought it was odd that they were drunk as hell, but afterwards they both described it as the best night of their lives. Well, at least in this specific department. I thought they weren't that aware of the things happening that night in Kai's apartment and I found it hilarious that the whole one-night stand grew into this amazing once-in-a-lifetime-love kind of thing.

Anyway, I think I would have given it 3 stars, because the beginning was great, but I didn't due to the second half which was just blah. Finished it only to be finished with it. Thoughtless and Effortless were much better reads.

What's great is that for now S. C. Stephens has provided this book as a free download on feedbooks. It's a light read and definitely suitable for hopless romantics. I liked it, I just didn't think it was as amazing as some of her other books.