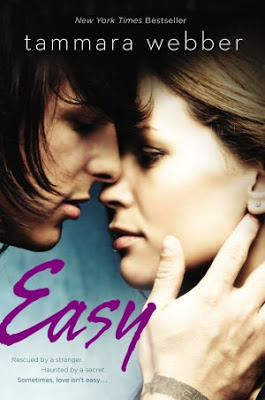 When Jacqueline follows her longtime boyfriend to the college of his choice, the last thing she expects is a breakup two months into sophomore year. After two weeks in shock, she wakes up to her new reality: she's single, attending a state university instead of a music conservatory, ignored by her former circle of friends, and failing a class for the first time in her life.

Leaving a party alone, Jacqueline is assaulted by her ex's frat brother. Rescued by a stranger who seems to be in the right place at the right time, she wants nothing more than to forget the attack and that night--but her savior, Lucas, sits on the back row of her econ class, sketching in a notebook and staring at her. Her friends nominate him to be the perfect rebound.

When her attacker turns stalker, Jacqueline has a choice: crumple in defeat or learn to fight back. Lucas remains protective, but he's hiding secrets of his own. Suddenly appearances are everything, and knowing who to trust is anything but easy.


I read this book a while a go, but surprisingly hadn't written a review for an unknown reason. Easy, for me, as I believe it is the case with many other readers, equals Beautiful Disaster 2.0. I thought it had an even stronger female lead than Abby and was more mature when it comes to handling different topics in life. It had great side-kicks like Erin and Benjamin – whom I, in spite of myself, compared to America and Finch – and I enjoyed these characters a lot. They were fun, handed great advice to our heroine and were just plain hilarious. I think my only regret with Easy is that there was too little Benji. He was such a sweetheart and I liked his coming out storyline which I thought was written perfectly.

“So what was that about?” His eyebrows rocked up and down and I tried not to grin.
“I’m sure I don’t know what you mean,” I replied, fluttering my lashes in my best Southern belle impersonation.
“Careful, little lady,” he drawled. “That fella seems a bit dangerous.” He shook a too-long curl out of his eyes, smiling. “Not that there’s anything wrong with a bit of danger.”
My lips pinched into half a smile. “True.”

The plot. I like that Webber has included college life in this book and did not forget it over time. There are some contemporary books that take place in schools and you can’t really tell what the characters do besides the relationships with their friends and partners. Jacqueline and Lucas had to study a lot, therefore, they had to cancel some get-togethers and tell no to an invitation. It’s the case in real life too and it sets a great example for young people that education is important. Also, I enjoyed the overall plot: it went on quickly and the scenes weren’t overdone nor were they underdone. There were places for one to express different kind of emotions such as to LOL, cry, yell, giggle, smile and blush and they were all done effortlessly.

Characters. Probably the only thing that fell short in comparison to Jamie McGuire’s first contemporary novel was that the male lead, Lucas, wasn’t as funny as Travis. Actually, even though he was very similar to Travis in some areas, a lot of the times he was quite the opposite of him. I still love both of these amazing men and Lucas has definitely secured a place in my heart. Can you believe that I fell head over heels with him already in the first chapter? I think he is strong, passionate, protective, thoughtful, introverted, artistic, compassionate, educated and the more I got to know him, the more I realized that he is fun too, just in a more quiet manner. I like the silent, easy, understanding and emotional connection he had with Jacqueline.

Jacqueline is very strong-willed and thinks about the well-being of others more than necessary. Even though I understood her reasons, I still felt like it was a pretty stupid decision on her part to not tell about the attack in the beginning. However, I’m glad that she learned from all of this and came out of it as a stronger person by the help of Lucas. He became her rock and she helped him put his past behind him. I wanted to console Lucas myself, but I know he is in good hands with Jacqueline who will do everything in her power to make him happy.

“You’d better get inside before…” He kissed me again, more hungrily, and I curled my hands between us against his hard chest.
“Before…?”
He inhaled and exhaled through his nose, his mouth a tight line, his hands gripping my waist. “Just. Before.” I kissed the edge of his jaw and pulled away. “Goodnight, Lucas.”
He remained leaning against the Harley and watched me. “Goodnight, Jacqueline.”


So whom do I recommend this book, you ask? Well.. to be honest.. EVERYBODY!  Tammara Webber has outdone herself and completely knocked my socks off with this baby. I'm beyond happy for her to get a deal with a major publisher and mark my words that this is just the beginning of her success. I’m looking forward to seeing what’s next to come and what kind of surprises she has up on her sleeve for us next. A definite recommend!

Oh, and be sure to follow Tammara on Goodreads! She writes kick-ass reviews herself and recommends awesome books! And if you want to know more about Easy and Tammara before reading this book, visit her blog tour (information can be found on her website) and you can start by reading a fantastic interview by Jenny @ supernaturalsnark.