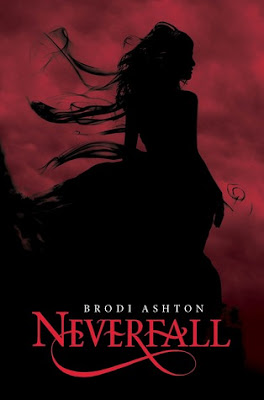 Jack is trapped for eternity in the Tunnels while Nikki has managed to evade Cole's grasp . . . for now. But Cole is more desperate than ever to find answers about Nikki, his best chance for taking over the throne of the underworld. How did she survive the Feed? Can Cole find another Forfeit like her who can survive it too?

Cole's quest leads him to the other side of the world, to a mysterious, dangerous society known as the Delphinians, whose price for information might be higher than Cole can pay—a price that could destroy Nikki. But when Cole attempts to steal the answers instead, his mission ends in disaster. Faced with centuries in a Delphinian dungeon, Cole is confronted with questions he's been too scared to ask himself: Is he really obsessed with the throne—or is he obsessed with Nikki? And can she really give him a new beginning as the Everneath's king . . . or will she instead bring about his tragic end?

Since it's such a short read this review will be short too. I'm most definitely team Jack although when I first heard about this series I was sure I would be on team Cole, because at least in books I tend to like the bad boys better and Cole is the definition of a bad boy. Jack quickly gathered me on his side though, but it doesn't mean I'm not intrigued by Cole, who, in my opinion, is the most fascinating character in Everneath series. He is layered, dark and twisted, but there's something really different about him and by that I don't mean his abilities and immortality.

“Which one's the brunette?” I asked.
She eyed me suspiciously. “Nikki.”
Nikki. Nikki Beckett. I saw the letters of her name in my head. I could’ve written a song about how vines emerged from the Ks in her name, branching out as if from a tree and wrapping around the inside of my brain.
...
“They’re actually coming over,” Meredith said, averting her eyes. “Max, you be the one to say something. Divert them.”
“It’s fine,” I interrupted. “Let them come.”
Again, Meredith looked at me as if I’d grown a third eyebrow, but she didn’t argue.


Alternating between past and present, Neverfall is Cole's story and we get to see another, hidden side of him. We already know he cares about Nikki on some level, but this novella gives us an insight to the story which seems to become even more complex. We meet creatures that are frightening and disturbing to read about and get to know Cole as a friend as well as a warrior of the Everlivings. This novella was the perfect set up for Everbound and I'm really excited to see what happes now that Cole has this information to work with. He is not giving up on Nikki and he will do whatever it costs to bend the scale to his advantage.