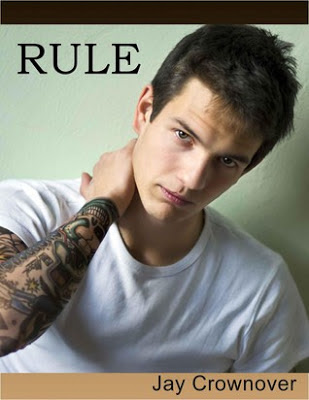 
I had loved Rule Archer since the first moment I ever laid eyes on him. He was everything I shouldn't want and the only person I went out of my way to not try and please. He only saw me as a brat, and an entitled, stuck up princess but worse than that all he saw when he looked at me was his deceased twin's girl. It broke my heart. We tolerated each other, barely and had forged an uneasy alliance until one night I had too much to drink and changed the way we were forever. Suddenly life long secrets were no longer hidden and the one thing I always wanted for myself seemed obtainable as long as I was willing to go through hell to hold onto it.

Shaw Landon was a class act and I had no idea what to do with her. She was tied to my family, tied to the person that was my other half so I tolerated her and her haughty attitude when I didn't have any other choice. Some people thought I hid behind all my tattoos and piercings, that I tried to distance myself from my dead twin, Shaw saw through it all and wasn't scared of what was underneath. We weren't supposed to be together, weren't supposed to be anything but uncomfortable acquaintances but that all changed in the blink of an eye. Now I had to figure out just how a girl like her and a guy like me were supposed to be in love without destroying each other. Add in her custom made ex and two disapproving sets of parents and the whole situation sounded like it was more trouble then it was worth.


Oh my, this cover? Yuck. Sorry. This story needs a better cover for sure. And those grammar and spelling mistakes? Let's just say that I'm not a native English speaker and yes, I do have mistakes in my writing and speach, but I think this book deserves better. Luckily, Jay has hired someone to do it from now on and a new edited version is up on Amazon so if you guys read any reviews and get all that whining about spelling/grammar, then know that it's been taken care of. Okay, so the story, right? Told between alternating point of views, Rule was surprisingly good!

“That’s the thing Shaw; I never thought I did until you.  I never thought I needed anyone or anything until you got into my head and started breaking down all the walls I had built around all my feelings.”
We stared at each other in a tense silence.  Until she sighed softly and uttered, “I’m not sorry.  It’s not a bad thing to feel, it’s not awful to care about other people.”


Shaw is a good girl from a very prestigious family. She was close with the Archers when she grew up and Remy was her best friend. All the outsiders thought they were dating. Were they? No. No, because all Shaw has ever had eyes for was Remy's twin Rule. The tattoed, rough around the edges guy who went through girls like they were a new pair of underwear to wear for each day. Haha, that sounded weird, but it's true! He's like a man-whore with no feelings. Or so he thought..

Shaw is living in a mental box surrounded by the expectations of her parents, but all she wants is out. When Shaw and Rule start to bond, Rule gives that out to her in more than one way and Shaw is starting to become her own person. It's wonderful to see, but all the while her ex keeps torturing her. If you've read Easy by Tammara Webber, you know how difficult an ex is to deal with and Gabe was similar to Kennedy in his attitude and backround. He is that type of a character you love to hate!

“I’ve never trusted anyone all the time. It’s the people I care about the most that always seem to do the most damage.”


All those spelling/grammar mistakes in my copy aside, the story was very enjoyable and I thought this guy with tats and a thing for metal music and women was so broken and torned inside that he made me see how easy it was for Shaw to fall in love with him in the first place. Someone among my GR friends recently posted this on their wall: "All girls want a bad boy to be good for them.. All boys want a good girl to be bad for them." I think this thought is perfect to describe this book and I can't wait to see what's to come for Jet, Nash, Rome and Rowdy in the upcoming companion novels.