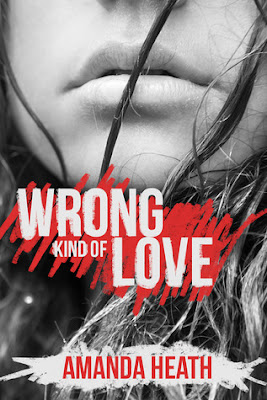 The first time I ever saw Caden Harper I’m pretty sure I fell in love. All that golden hair and pale blue eyes. He was mysterious and covered in paint. I found it endearing and wanted nothing more than to find out all his secrets. I gave that man things I would never give anyone else. He blew it though. Which I shouldn’t be surprised considering he is a womanizer.
So I moved on, well kind of. Jaden Harper wasn’t what I expected. I found myself drawn to him almost as much as his brother. Maybe it’s the fact they are twins or maybe it was the fact I wanted to live on the wrong side for once in my life.
Now I’ve found myself dug deep in this game. There's no end in sight and I wonder when all the lies I have told will come back to haunt me. Neither man should know the things I’ve gone through. Neither should trust me. I’m not who I say I am. My past is full of things I won’t ever share.
But where will that lead me when Caden wants nothing more than to consume me? He won’t wake up to see he has the wrong kind of love.
My Name is Grace Breadfield and this is my story.


Goodreads has this question when you post a review 'What did you think'. What did I think indeed... Hmh.. Ok, I liked the beginning and I was rooting for Caden all the way and of course since it's from his and Grace's POV we know that they'll end up together, there's no other option. However, I was so annoyed by Grace that I wanted to sucker punch her at times. She was almost as annoying as Ms. Anastasia Steele. Never in my wildest dreams did I think someone would come close to annoy me as much as Mrs. Christian Grey did. Ugh.. I liked the main idea and Caden was ok, but overall it was meh for me.

The whole time Caden and Grace were back-and-forth. When I was little, my Grandma had this comparison to situations like this: a bird sits on a roof covered in tar and his feathered tail gets stuck in the tar. When it pulled its tail free, its nose got stuck. When it finally got its nose free, again, its tail got stuck. And so it went and the bird didn't manage to get free from the tar. At the age of 4 it was funny, now not so much. It's the perfect analogy to describe Caden and Grace's relationship. We desperately want them to be together and when one of them wants a relationship, the other manages to find an excuse why it should not happen. They go around circles the ENTIRE, excuse my French, fucking book. Oh and did I mention that Grace is dating Caden's twin brother? *face palm*

It was just frustrating and the characters were plain annoying. They got angry for no reason, fought like a married couple, hated and loved each other, longed, lusted, had sex, forgave too easily and throughout the entire time they weren't in a relationship and I seriously fought the urge to slap them. I read a book with a similar plot (Every Which Way by Calia Read) and had a more pleasant experience with it. Plus, there was no cheating involved. Guess which one I liked better.. Also, read the quote above. I was disappointed and that paragraph was enough to leave me that way. I'm sorry, but this character had no self-respect whatsoever.

The ending was cute, yes. There were a few things I liked about this book, but they were definitely out-shadowed by the whole 'too much drama made out of nothing' thing, plus, yeah, let's face it, the characters are just as annoying as having a high fever during summer. I'm going with a 1.5 rating thanks to the few things I liked and the main thanks for that goes to Caden who was probably one of the few characters I liked and his relationship with Declan (her sister's boyfriend and one of the MCs in the first book) was awesome and enjoyable.