Giveaway and 2013 End of Year Survey

In 2013, I read 147 books in total. Discovered some amazing authors and bloggers this year, read awesome (and unfortunately not so awesome) books and had my first ever Harlequin Teen review request approved, haha. This craves for a celebration, right? So.. at the end of this survey, I’m giving away a copy of my favorite book read in 2013. Best of luck and see you all in 2014! This event is put together by Jamie on The Perpetual Page Turner.

Book you were excited about and thought you were going to love more but didn’t?
Shatter Me by Tahereh Mafi and Reboot by Amy Tintera. Also, Hookedf by Liz Fichera.

Most surprising (in a good way!) book of 2013?
Born Wicked by Jessica Spotswood. I had seen the trailer before, but for some reason it had slipped my mind. Then I got the audiobook and oh boy was it evergreat! The narrator was good, delicate and suited the main character well. Plus, the witchery, magic, spells, intrigues, romance? Me wants more!

Book you read in 2013 that you recommended to people most in 2013?
Addicted to You by Krista and Becca Ritchie and Unraveling by Elizabeth Norris. The first one was unique, sexy and had totally my kind of humor in it and the second one was just... amazeballs!

Best series you discovered in 2013?
The Dust Lands series by Moira Young. It’s so unique, has great world-building, awesome characters and quite a few plot twists up its sleeve. I am literally holding myself back from reading the sequel right this very moment because the third one is too far away for now *insert sad face*

Favorite new author you discovered in 2013?
Definitely Miranda Kenneally and Gayle Forman. These two write some of the best contemporaries and their characters are so relatable and real. Bring on THE FEELS, ladies!

Best book that was out of your comfort zone or was a new genre for you?
Breach by K.I. Lynn. That one was.. so hard for me to review. I still don’t know what I thought of it. Definitely worth a try if you’re into extremely dark romance stories. Memorable.

Most thrilling, unputdownable book in 2013?
Thrilling would probably be Altered by Jennifer Rush. Read that in a day. Same with Unraveling by Liz Norris. They just flew by.

Book you read in 2013 that you are most likely to re-read next year?
Oooh, that’s a tough one. I’d say.. The Raven Boys by Maggie Stiefvater because I want to read The Dream Thieves so bad and I think I’ll re-read TRB beforehand. 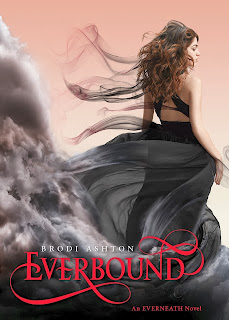 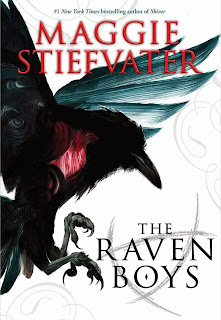 Most memorable character in 2013?
Oh, man! This is tough. Why are these questions so hard? *shakes head* Ok, I want to say Connor Cobalt (Addicted series by Krista and Becca Ritchie) for obvious reasons. Those who know me, know why. Though.. I’ll go with Cinder by Marissa Meyer and Celaena Sardothien from Throne of Glass by Sarah J. Maas. These young ladies are kick-a!

Most beautifully written book read in 2013?
If I Stay by Gayle Forman is beautifully written, but Maggie Stiefvater (The Raven Boys) always has that lyrical way of writing that makes her work feel like a small dose of magic. Yep, these two.

Book that had the greatest impact on you in 2013?
Lola and the Boy Next Door without a doubt. Uniqueness is NOT a flaw, people! Awkward, cute, nerdy and passionate—these are golden. Never give up on your dreams. See? That’s some inspiration and huge impact right there.

Book you can’t believe you waited until 2013 to finally read?
Dude! There are so many. I feel like I’m late to every party lol. If I Stay, Lola and the Boy Next Door, The Elemental Assassin series by Jennifer Estep. Also, Catching Jordan by Miranda Kenneally.

Shortest and longest book you read in 2013?
Pfffftttt.. Do novellas count? In that case the shortest is Neverfall by Brodi Ashton and the longest would be Clockwork Princess by Cassandra Clare.

Book that had a scene in it that had you reeling and dying to talk to somebody about it?
The part in Unraveling by Elizabeth Norris where.. AHH! Who am I kidding? That whole book had me dying to discuss it with someone. Also, the endings of Everbound, The Raven Boys and The Evolution of Mara Dyer by Michelle Hodkin. That last ending was wicked and downright nasty as a cliff hanger. Talk about feels!

Favorite relationship from a book you read in 2013 (be it romantic, friendship etc)?
Romance wise it’s Andrew and Camryn from The Edge of Never. There’re lots of great romances. I mean, Lola and Cricket had me dying of swoon, but Andrew and Camryn were the perfect showcase of slow-burn. The road trip didn’t hurt either, heh.
Friends? Perry and Roar from Under the Never Sky. I’d also like to mention Chaol Westfall and Celaena Sardothien from Throne of Glass.
Bromance? Lo, Connor and Ryke in the Addicted series by Krista and Becca Ritchie.
Familial? Um..  families aren’t a big part of fiction nowadays. Go figure, right?! *eye roll* I’d go with Thousand Words by Jennifer Brown. Just because of the character growth in each of the family members. Lola and the Boy Next Door had awesome family dynamics though.

Favorite book you read in 2013 from an author you’ve read previously?
Ok, I think you all figured out my main favorites before, so I want to bring out an author that really brought it in the final installment and that is S.C. Stephens with her Thoughtless series. The first two were good, okay-ish, so-so etc, but the third one—Reckless—was a blast to read! So many LOL moments on my part. Loved it! Hulk will never be the same to me, haha.

Genre you read the most from in 2013?
Contemporary. Especially New Adult. Thank goodness I’m tired of it (the New Adult NYT bestseller formula at least) and now I’m really in the mood for some good ole YA books. Yay!

Newest fictional crush from a book you read in 2013?
CHAOL. CHAOL WESTFALL from YA fiction. CONNOR. CONNOR COBALT from NA fiction. *swoons* Honorable mentions: Perry (Under the Never Sky), Cricket Bell (Lola and the Boy Next Door) and Andrew Parrish (The Edge of Never).

Best 2013 debut you read?
OCD Love Story by Corey Ann Haydu without doubt. It was so awkward, unique and the OCD-ness really made me feel like I had an OCD myself. It made me so uncomfortable and I didn’t know whether to rate it 1 stars or 5 stars or anywhere in between. It was fresh, exciting, the kind of book that makes you think. Loved it!

Most vivid world/imagery in a book you read in 2013?
I’ll go with The Lunar Chronicles world by Marissa Meyer. That is soooooo imaginative.

Book that was the most fun to read in 2013?
Addicted for Now by Krista and Becca Ritchie. First of all—the jokes. Ohhh boy! They made me laugh out loud, plus it’s so fresh in my memory thanks to it being an early November read so. Yeeeshhhh. Loved that one.

Book that made you cry or nearly cry in 2013?
Which book didn’t? LOL. If I Stay had me bawling so hard that I couldn’t see well enough to read so I had to go and look for some tissues. It was brutal.

Book you read in 2013 that you think got overlooked this year or when it came out?
OCD Love Story. That one is definitely under-hyped, let me tell you.

One book you didn’t get to in 2013 but will be your number 1 priority in 2014?
Gosh, there are so many. Fire with Fire by Jenny Han and Siobhan Vivian, Shadow and Bone by Leigh Bardugo, The Dream Thieves by Maggie Stiefvater, Fangirl by Rainbow Rowell.. There’re just too many and I could go on and on and on for days.

Book you are most anticipating for 2014 (non-debut)?
Kiss the Sky by Krista and Becca Ritchie. Also, Evertrue by Brodi Ashton, Ashes to Ashes by Jenny Han and Siobhan Vivian. Landline by Rainbow Rowell. The Winner’s Curse by Marie Rutkoski. Pffftt.. This. Is. Too. Hard. I can’t even *pants*

2014 debut you are most anticipating?
The Murder Complex by Lindsay Cummings.

One thing you hope to accomplish or do in your reading/blogging in 2014?
Just to meet awesome people like I have this year. Meeting Aman, Rachel, Jasprit, Nick, Christina, Tanja, Glass, Sam was the best thing to ever; talking to my other blogging buddies such as Jenni, Jenny, Brandi, Lauren, Andrea, Becca, Krista; and the rest of the people I talk to on Goodreads? They’ve all been wonderful and I’m so glad to have them in my corner. Also, since I have developed a certain taste in books, I hope to read lots of more “me” books in the future and not so many of the hype books. Trust myself more I guess. Can’t wait to read some amazing debuts, new books from my favorite authors and also finish some series. Here’s to a new, better year of blogging and reading!

I have read so many great books this year, but one of the books that really stood out to me was The Edge of Never by J.A. Redmerski. Everyone told me how great it was, I didn't believe them. I should have--one of the best books I've read. So if you want to win this (or The Edge of Always if you've already read The Edge of Never), just fill the rafflecopter below and you're in it to win it ;) Open internationally, as long as The Book Depository ships to you. Good luck!