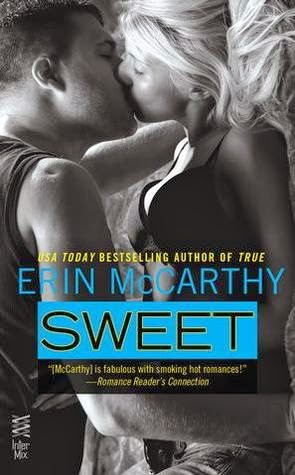 Jessica Sweet thought going away to college would finally make her free of her parents’ constant judgments and insistence she play chastity club role model for their church events, but if anything, the freedom has made her realize she can’t go home and be a hypocrite anymore. Tired of dodging their questions, she stays at school over the summer and lands in an unexpected crash pad: Riley Mann’s house.

Sarcastic, cocky, and full of opinions, Riley is also sexy personified with tattoos and biceps earned from working as a roofer all day. Not the right guy for her even if Jessica was looking for a relationship, which she is definitely not. But Jessica knows that Riley hides the burden of having to raise his younger brothers behind that grin and as she helps him get his house in order for a custody hearing, they begin to fall hard for each other, and she is forced to question what she’s hiding herself.

Jessica has never had a problem getting naked with a guy, but when it comes to showing Riley how she truly feels inside, her fear of rejection may just ruin the best thing—the best guy—to ever happen to her…

The fact that I really enjoyed True is still a surprise to me. I didn't expect to enjoy it that much, but I did. Very much so. When I got to the end of the book, there was a sneak peek at the sequel--Sweet. Imagine my surprise when one of my favorite characters--Riley--popped up there ;) Heh. It wasn't that unexpected though, because Jessica and Riley were already planning on living together despite their obvious attraction hate towards each other.

I loved these characters in book one and boyyy did they have some chemistry together. While Jessica is a wild child of sorts and definitely from the upper class, Riley has had to protect his brothers throughout his whole life. Look after them, provide and care. He's responsible, honest and a sweet, sweet guy (look for proof in the quote above) who is fighting for custody of his youngest sibling Easton. He doesn't think very highly of Jessica at first, but his opinion will soon be shattered because Jessica isn't all that she seems. Their growing respect and friendship was beautiful to watch.

I read it back in October last year and really had a blast with it, though I must say that the constant hot and cold became a bit tiring by the end of it. It had more cute scenes than True--what with the painting, that sports event they attended etc. These scenes had me dying of swoon. *sigh* The constant back and forth kind of killed the mood though. I was ready for them to do something about the boling hot tension and attraction already, but of course they had other ideas. Or rather, Riley had (he isn't much for a fling, he's looking for a relationship) and Jessica was the one who was after him, which in retrospect was a nice change. It's usually the guy after the girl, right? Not to say that Riley didn't have the hots for Jess, he sure did. I just would have liked to have seen it solved a little sooner though.

It was a decent contemporary book, but it didn't exactly stand out hence me giving it 3 stars. There wasn't anything particularly wrong, but if you were to ask me about it in a few years, I probably wouldn't remember much. I will most definitely continue this series though because they are easy to follow, have great characters, sizzling chemistry and a decent plot so.. What's not to like really? Hope you give this series a try, my friends.