Promo for Dante's Girl by Courtney Cole and Giveaway 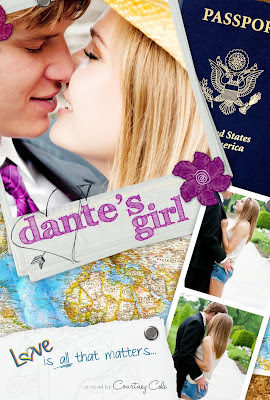 And this year, after a freak volcanic eruption strands me far from home, I have learned these things:

1. I can make do with one outfit for three days before I buy new clothes.
2. If I hear the phrase, “You’re not in Kansas anymore, Toto,” even one more time, I might become a homicidal maniac.
3. I am horribly and embarrassingly allergic to jellyfish.
4. I am in love with Dante Giliberti, who just happens to be the beautiful, sophisticated son of the Prime Minister of a Mediterranean paradise.
5. See number four above. Because it brings with it a whole slew of problems and I’ve learned something from every one of them.

Let’s start with the fact that Dante’s world is five light-years away from mine. He goes to black-tie functions and knows the Prime Minister of England on a first name basis. I was born and raised on a farm in Kansas and wear cut-off jeans paired with cowboy boots. See the difference?

But hearts don’t care about differences. Hearts want what they want. And mine just wants to be Dante’s girl.

Now, there are two fabulous excerpts which are very fun to read and at the bottom of this post is the offered giveaway.

Mia shows me how to get water out of the tube when it leaks in by blowing it out sharply.  She tells me that the most common problem is when new divers get flustered when water gets into their tubes.  I’m supposed to keep calm and simply blow the water out.  That’s a little difficult to do when I’m so completely focused on watching for sharks.
We swim and after a few minutes, more like thirty, I start to feel more at ease.
Every once in a while, Mia reaches out and grabs my hand and pulls me to a different place where we watch tropical fish leisurely swim in their little schools.  Or a sea turtle gliding gracefully by.  Or colorful tropical plants waving in the current.
Under the surface, the water is perfect and aqua and silent. There is no drama, there are no mean girls and best friends and boys that I shouldn’t have crushes on but do anyway.
I sort of love it.
I kick my legs, letting the water flow fluidly over me.  I am weightless here.  I am relaxed and I haven’t been this comfortable in a long time.
Just as I am thinking about how wrong I had been to be terrified of sharks and about how wonderful this is and how I have never been this comfortable or relaxed in my whole entire life, I spot something out of the corner of my eye that makes me freeze.
A gray bump slowly coming toward me.
I pull my head out of the water so that I can see better and find that Mia is nowhere near.  But the gray sleek bump is only a hundred yards away and getting closer by the minute.  I flail and splash, then remember from watching Shark Week on TV that you definitely don’t want to splash.
Sweet Holy Monkeys.  What the eff do I do??
I yell for Mia, but don’t see her.   Has she been eaten?
I look around frantically, but we’ve drifted to an isolated location and there isn’t anyone else here.
Except for me and the shark.
And the shark is certainly taking his time to reach me.
Oh my gosh.
Oh my gosh.
Oh. My. Gosh.
My breathing comes in pants as I try to slowly and calmly paddle backward, away from the shark, toward land, away from the shark.  Toward Land.  Away. From. The. Shark.
Then, a fin emerges.  A fin.  And I scream.  And scream.  And forget about not splashing.  I am splashing so much that every shark and sea creature in a hundred mile radius will know that I’m here. And I don’t care.  All I care about it surviving this shark attack.  Because it is going to attack me.  It’s stalking me right now like the prey that I am.  And very soon that water around me will be red because I’m going to die a bloody death.
And then I notice that the fin is made from hands.  A pair of hands.
I freeze.
What the eff?
Dante bursts from the water, wearing gray swim trunks and shaking droplets from his hair as he lunges to grab me with a roar.
I scream again because it’s happened so fast and my brain hasn’t had a chance to truly realize that it is Dante and not a shark.
I’m not going to die.
I’m not going to die.
I’m not going to die.
I’m not going to become breakfast for JAWS.
But I’m going to kill Dante.


Sounds awesome, right? I actually own a copy myself, but haven't had a chance to read it yet. Hopefully soon, though :)

Off to the giveaway. Even though you can't win this sweet novel with a beautiful cover, you CAN win still a pretty AWESOME prize: If you were to be the winner, you get to choose one (1) ebook copy of Soul Kissed or Princess by Courtney Cole and if you live in US/Can (or have that shipping address possibility) you will also receive an signed 4x6 glossy of Dante's Girl. Sounds great? I know! So excited for you *squeals*. P.S. By clicking on the covers you get direct links to their goodreads'. 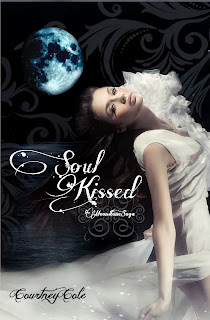 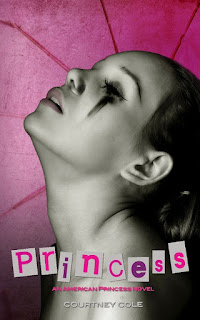 a Rafflecopter giveaway
Posted by Siiri at 11:27 AM