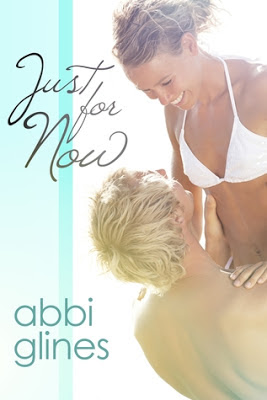 The day Preston Drake figured out that wealthy women paid well for a set of tight abs and a pretty face his life turned around. The run down rat-infested trailer he had shared with his alcoholic mother and three younger siblings was now only a place he visited to pay the bills and stock the pantry with food.  He no longer worried about his family starving or living without electricity. The money he made entertaining rich older women more than covered his family’s needs and his own. He had it all figured out. Except…

There was this girl. She was as innocent as he was tainted. Amanda Hardy wished her knees didn’t get weak when Preston walked into a room. She hated the fact her heart raced when he flashed his smile in her direction. He had a different girl in his bed every night. He was the kind of boy a smart girl ran from. So, why was she coming up with ways to get close to him? Even when it was obvious he wanted to keep her at a distance. Maybe her heart knew something the world didn’t. Maybe Preston Drake was more than just a pretty face.


Out of all the couples in this series Amanda and Preston are definitely my favorite. I loved Marcus and Willow, Cage and Eva were also great, but these two lovely, sexy people.. Yeah. I just adore this combination. I thought While it Lasts was freaking fantastic, but this? This was just as good if not better. Oh, and I must mention that it was steamier than ever before. Like.. this was boiling hot!


“You taking calculus first semester of college? I’m impressed. I’ve been putting it off.”
Amanda shrugged a shoulder. “I like math.”
Calculus was not math. It was a fucking science experiment gone wrong. I started to reply when the guy standing beside her cleared his throat. I glanced up at him with an annoyed snarl. Why was he still standing there?
“You took my seat,” he said.
Now, that made me smile. “Then I guess you should have been sitting in it.”


Preston has always been somewhat of a joke among the guys since he always has a different girl with him and he doesn't seem to take anything seriously. That's a facade though and kind of like a protection against the hard punches the world has given him throughout his life. His mother is an alcoholic and Preston practically raises his little brothers and sister, because most of the time their mom is passed out drunk somewhere. Preston doesn't have the brains to get a well-paid job to provide the life his little siblings deserve, but over the time he has figured out that his good looks are more than enough to get the money and when you guys thought that Cage was a man-whore.. Well.. Preston literally is. It kind of broke my heart, but at the same time I admired him for putting up with it and taking care of his younger siblings.

Then we have Amanda. The sweetest rich girl I've ever come across in a book. They're usually stuck-up snobs, but she's not like that at all. She hasn't always felt love and admiration by her family. Well.. Yeah, of course there is our beloved Marcus, who is the perfect older brother and I loved, loved, loved his and Amanda's relationship, but it doesn't really move a girl's heart if her brother tells her she's beautiful. Manda's mom is all about impressions and social looks, her father has left them for another woman. Guys fall at her feet, but it doesn't really matter when the love of her life is doing everything in his power to push her away. Until he realizes that he can't hurt her anymore or stay away to save his life. They're both falling. Falling hard. Once they admit their feelings, there's no turning back.

Like in every book Abbi writes, the main characters are each other's salvation. Amanda is self-conscious and needs someone to teach her the hard parts of life, tell her how beautiful, amazing and incredible she is. Preston kind of needs the same, but he also needs someone who accepts him as who he really is, take him with his flaws, trust and love him unconditionally. When I first started reading this series I secretly hoped these two would end up together so I couldn't be happier that they really had feelings for each other and they finally got their own book! Yay!


I realized, sitting there looking at her, that I loved her. I’d been right. When you love someone, you can’t lie to them. It hurts too much. It’s a deception that goes too deep.


Fan of Abbi? Fan of New Adult genre? Fan of steamy, hot, full of chemistry emotional rollercoasters? Pick this up immediately! It was sweet, sexy, devastating, desperate, fun and a very quick read. PS. I hope there'll be a book for Jason, because that handsome fella pulled at my heartstrings and did these incredibly sweet things to my heart every time he was mentioned, so yeah.. I hope he will have his own story to tell us.