Review and Giveaway: The Trouble with Goodbye by Sarra Cannon 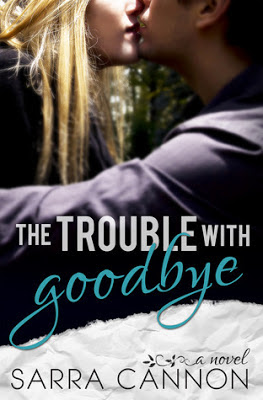 Title: The Trouble with Goodbye
Author: Sarra Cannon
Published: May 21st 2013
Add It: Goodreads
Purchase: Amazon | Barnes & Noble
Tour organized by AToMR
*An ARC was provided in exchange for an honest review*


One night can change everything…
Two years ago, Leigh Anne Davis shocked everyone in tiny Fairhope, Georgia when she broke up with her wealthy boyfriend to attend an Ivy League university a thousand miles away. At school, she finds a happiness and independence she’s never known.
Until one terrifying night takes it all away from her.
With no place else to go, Leigh Anne heads home to reclaim her old life. A life she worked so hard to escape. On the outside, she seems like the same girl everyone has always known. But deep inside, she’s hiding a terrible secret.
That’s when she meets Knox Warner, a troubled newcomer to Fairhope. His eyes have the same haunted look she sees every day in the mirror, and when she’s near him, the rest of the world fades away. But being with Knox would mean disappointing everyone all over again. If she wants to save what’s left of her old life, she has no choice but to say goodbye to him forever.
Only, the trouble with goodbye is that sometimes it’s about courage and sometimes it’s about fear. And sometimes you’re too broken to know the difference until it’s too late.

Look at this pretty cover. It gives us hints of a cute story and that’s exactly what The Trouble with Goodbye was – a cute, short, lovable romance novel. With a sweet, honorable and sexy guy as a lead and an opinionated girl as the MC, this will appeal to people who are in need of sugar in little doses in addition to some darker subjects.

After all my begging to feel something, anything, I'm afraid when it finally happens. But this fear is a different kind of fear. It isn't filled with panic and terror or with a desire to run away. (pg 65 of the arc.)

The story. The MC is a young college student and she moved away from home before the time we first meet her. Now she’s back for the summer and haunted by some horrible memories that she’s trying to suppress. We also have the former best friends, the golden boy aka the former boyfriend and also a new love interest who was really, really swoon-worthy and also a with secrets of his own.

My emotions. I knew from the very beginning what secret Leigh Anne carried with her so it wasn’t a surprise for me. It was, however, a surprise how it all came public. I didn’t expect that scene. I was very in love with the love interest Knox (I don’t know why, but the name Knox reminds me of Johnny Knoxville who is a very, very decent-looking man anddd this is so not the topic here, ha.) since he was incredibly sweet, well-behaved and thoughtful. I liked how he was a good sport in getting to know Leigh Anne as well as asking her out. For me their love wasn't insta love, but the 'in love' part growed a little too quickly into the 'love' part.

I liked that Leigh Anne started to become her own and stood up to her Mother who was a complete control freak and thought too much of the family’s image than her daughter’s feelings and emotional scars. I also enjoyed the new friends Leigh Anne made. What I didn’t enjoy however was that I didn’t connect with Leigh Anne in any way other than the fact that I’m a college student too. She was hard to crack emotionally and I didn’t really care for her. I also didn’t cry and I cry easily while reading or watching movies – there’s no point in hiding that – but for some reason, during the revelation scene or whatever was going on in Leigh Anne’s life, I didn’t feel the need to let the tears flow.

Overall, I enjoyed this read, it was sweet, short and fast-paced, but for me it lacked a little depth and also, I didn’t connect with the MC the way I expected. If you’re looking for a quick read for a day in beach for the summer, by any means, give it a go! It’s definitely a cute story of first real love and growing up and I’m looking forward to exploring more from Sarra. PS. I liked the little note at the end of the eARC from Sarra which was adorable. In response to Sarra, indie authors are important and I'm glad I got the chance to explore this book. Thank you. 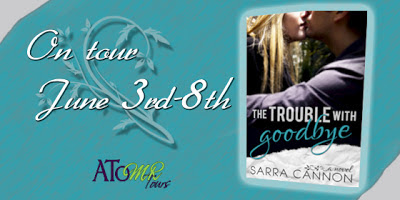