Review: Broken at Love by Lyla Payne, Give Me Something by Elizabeth Lee 
When a knee injury ends twenty-year-old Quinn Rowland’s pro tennis career, he’s not only dumped by his hot Russian girlfriend but ordered to attend college by his disinterested billionaire father. A rich kid who’s not used to being disappointed by life, Quinn and his sociopathic half-brother Sebastian create a frat house game intended to treat girls how they see them—as simple game pieces to be manipulated for their pleasure.

I liked the idea of this one. Come on! I love the show Revenge and the synopsis for this kind of gave me that vibe, but only a teenage drama version of it. I’m also a big fan of tennis so I thought it would be fun to read about that, only.. there was very little of tennis-related in this story. The focus was more on the revenge-romance part. Both POVs. Wasn’t exactly insta-love, more like a bonding relationship between Quinn and Emilie which was good. It could have ended sooner and I didn’t feel like I got something special out of reading it though. 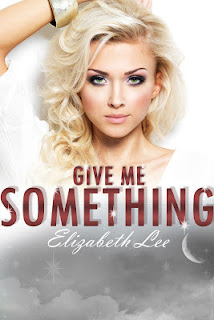 
Here's the deal... I learned a long time ago that sometimes you have to use what you've got to make things happen. What I happen to have is a pretty smile, long legs and the ability to make men believe anything I say. Before you get on your high horse and start judging me, can you honestly say you've never batted your lashes at some guy for a free drink at the bar? That's what I thought.

Keep that in mind as I tell you my story of how I took it one step further. My story of lies, deceit, manipulation and love. Yeah, love. Believe me, it fits. Especially, when you factor in Nick and Tucker – one had my heart and the other one wanted it all for himself. Which one? Well, I can't tell you that. It would defeat the purpose of the story. If I'm going to fill you in about me, Lila Garrison, and my life as a con artist you're going to need to know all the facts, including the ones about the two guys who made me want to give up the life of fancy clothes, expensive jewelry, fast cars and easy money. Because sometimes, one person can give you something that's more valuable than all of that.

Oh, Tucker, Tucker, Tucker... #sigh. I don’t know what to say other that I really, really enjoyed this book. It was very light and easy to read while not being boring. Some of the plot twists were interesting and the character growth was pretty remarkable during this short read. It was quite adorable and swoon-worthy. Oh, and two hot guys competing for your attention? One is in it to win it as Randy Jackson tends to say, the other seems to be just in it for his gain. BUT there’re many surprises ahead for our schemer-slash-con-artist and nothing is as it seems at first sight. Who'll stand on top when the masks come off and the truth is laid on the table? I give thumbs up for this one!