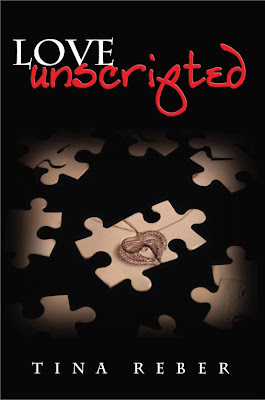 Ryan Christensen just wanted to be an actor. Never in his wildest dreams did he ever think that accepting a role in an unknown film would toss his career into overdrive. His new fame has cost him dearly; anonymity is no longer an option. His fans stalk him, the paparazzi hound him, and Hollywood studios all want a piece of him. Despite all of that, Ryan Christensen craves the most basic of human needs - to have love in his heart and privacy in his life.

Taryn Mitchell, the story's protagonist, is a realist. She's been feigning contentment, running the family pub in Seaport, Rhode Island, while quietly nursing her own internal heartaches. Her feet are fairly glued to the ground and she doesn't buy into all the hype that has descended on her tiny, coastal town. In her world, men are safe if they're kept at a distance.

Fate has other plans for these two when their paths cross one sunny afternoon. A group of female fans has attacked him, leaving his shirt torn, his face cut, and Ryan in obvious distress. Bonds between them form from the most dramatic of circumstances while jealousy, insecurity, and the stress of his celebrity life try to tear them apart.

Through all the tabloid lies, secrecy, and pressure, can Taryn's peace and Ryan's high-profile insanity live together in harmony?

“Love Unscripted“ is a story about Taryn and Ryan. Tar has her own bar where she and Ryan meet. She knows he’s famous, but hasn’t seen any of his movies. Ryan is a world-famous actor who’s followed by paparazzi and crazy fans and he’s looking for a shelter which he finds unexpectedly in Taryn.

Tar’s a rational woman with a strong backbone and she doesn’t let other people put her down. She offers security and shelter to Ryan as well as support and peace. But good things don’t come easily: there are a lot of people who want to get rid of her, because they think she’s bad for his career, or want to take her place beside this handsome actor.

Funny thing: I can’t understand how Tar realised that one of those fans was a stalker, I don’t think I could ever think that during my first sight of the person. Yeah, this girl was a bit extreme, but that’s not a reason to think she’s a lunatic. All right, that aside, the beginning was quite okay, but I cannot say that about the ending, because everything was turned upside down and nothing seemed that realistic or believable anymore.

I like to read thick books. The more the marrier – I get to enjoy a great story even longer. This book started out great and was quite up-tempo, but the 1/3 of the ending should have been left out or written differently. It wasn’t that entertaining and original towards the end. Also, Taryn was a bit neurotic and untolerable. Although, it’s easy to judge as an outsider and as a person who’s not been in this kind of situations. It’s probably quite hard to be in Taryn’s position and have all your life all over tabloids whereas before she was just trying to live her life and enjoy herself quietly.

Overall, liked the book, but the ending could have been written a bit differently. Since the author’s an indie author (according to her own words), her books’re supposed to be long, but I think that the ending lost it’s (good) intensinty towards the end and, therefore, didn’t offer that much enjoyment. I would have been glad to give this book a 3, but due to the ending I had to lower the rating. I’ll still read the sequel, which is supposedly ready for publishing quite soon. The first 4 chapters are revealed on author’s webpage.