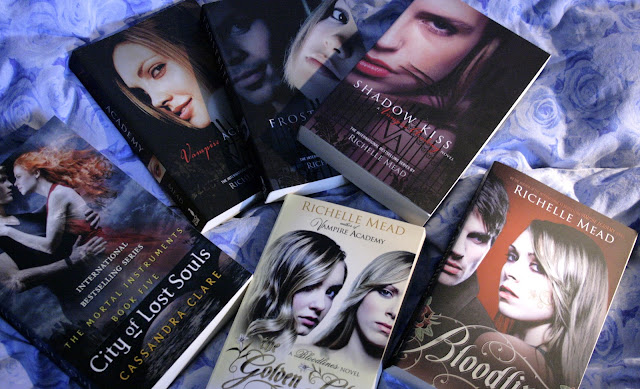 So.. I didn't have the best week: got stinged by a bee last weekend and walked around like a heavily pregnant woman throughout most of this week, cut myself with a cheese knife and my Mom's car broke down due to an electrical fault while I was driving it. However, I had the best Friday the 13th!! I received two packages:
The first time I read the Vampire Academy series was when I borrowed it from a family friend and it was fan-freaking-tastic!! I loved it and it's still one of my favorite series. I read "Bloodlines" at the beginning of this year but I think it was too soon after reading VA for the third time (!!) that I just didn't think of Sydney as an equal to Rose, although Sydney's more me in a sense that she loves books and knowledge, while Rose is the type of a person who jumps into situations without thinking. Moreover, I wasn't that big of a fan of the alchemists. Since then I've thought about it over and over and come to a conclusion that I was too harsh when it comes to the rating of "Bloodlines" (I think I gave it like two stars?). I love Richelle Mead to death and if you, too, are a fan of the Vampire Academy series, you should definitely give the Bloodlines series a try as well. Even my Mother loves VA series and she hasn't read "Bloodlines" yet so you can only imagine how excited she is (I made her read Jennifer L. Armentrout's books and she's reading "Half-Blood" at the moment so it may be a while before she picks up "Bloodlines", but I'm definitely waiting forward to share my thoughts with her). I ordered "The Golden Lily" months ago and received it last month, but haven't been able to read it yet. Now that I think about it, I'll probably read "Bloodlines" again before TGL and write a new review to it. 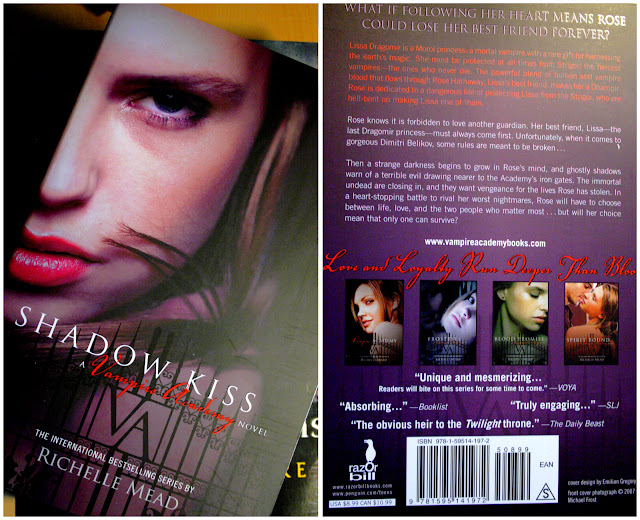 Did I already tell you how freaking beautiful these books look? Oh, my! They're such eye candies and I love that "Shadow Kiss" (my favorite out of the six in the VA series) has a purple cover. Purple's my favorite color and the cover's so unbelievably stunning! They all are. 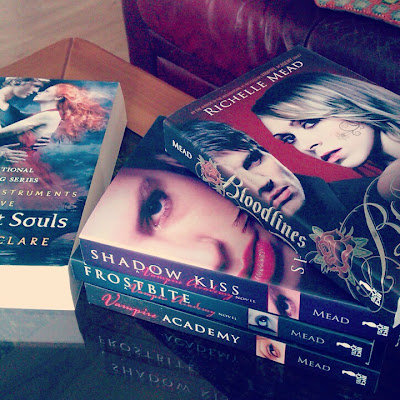 Okay, I've been here for too long now and I'm off to read "City of Lost Souls" by Cassandra Clare which is the fifth installment of the Mortal Instruments series and has been sitting on my bookcase for such a long time now. I don't like to read books/series that I really, really like while reading other books (although I do tend to read many books at a time) and I've been waiting for a great time to relax and just read this book by one of the most amazing authors and today's the day I get to do that: it's raining cats and dogs outside so there's really nothing else to do and I sure as hell don't mind :)

I can't wait to re-read the VA series and get started on the Bloodlines series (again). Love you and hope you have a great week ahead of yourselves :)
Posted by Siiri at 5:22 PM