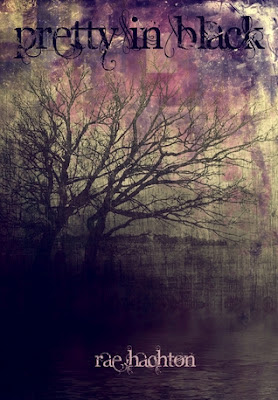 [Ellie Piper] She wanted to die. He arose from the grave. He was sent to kill her. She was trained to kill those of his kind. But fate had other plans. He searched for 119 years to find her. & There's no way in hell he's letting her go. Dead or Alive. They're fated.

Destroy? Or be Destroyed?

I really liked the plot and the idea of this book. It was different and something I haven’t come across before, although it had some not-so-original elements to it, it was still new and fresh. It’s a bit gothic, mysterious, dark, edgy and it was all kinds of black and pretty. Also, it has a whole fantasy world to spice up the romance. I felt like the writing was a bit chaotic at times, but the author said on her blog that it’s just her style – on the contrary to say everything by explaining things, the readers have to figure these things out by themselves. It’s like a hidden message you have to decode on your own. Not sure how I feel about this, but it definitely gives room to my own imagination and thoughts.

“I never really wanted to die. But I followed through anyway. The pain in my heart was excruciating, and death was beautiful.”

As for the characters, I think Ellie was okay. She was lost. Well, not literally, but emotionally. Her sister had recently been murdered, her boyfriend had cheated on her, her Mother didn’t want to talk about her sister’s death and just didn’t act like her Mom at all, she lives in a trailer park, her Dad left them and now she's living with her Mom and her stepfather. She’s broken and wants to die. Elle feels like there’s nothing left for her and one day she goes to a graveyard and dreams about dieing. She thinks she did. But did she or was it actually a dream? Suddenly she hears a voice. A stranger’s voice. The moment she opens her eyes is the moment Marcus Marble comes to her life.

Marcus is a mysterious handsome guy who pops up in Ellie’s life in the most unexpected ways and I think he is absolutely fantastic! I loved every single second of the scenes he was in. He helps Ellie deal with her issues and gives her hope for a better life, a better future. They fall in love. It's beautiful. It's black. However, maybe they’re not destined to love each other since there are some things you can’t change even if you wanted to.

I like the world Rae Hachton has created and it’s nice to see that originality still exists in YA fiction. It was a good read and I enjoyed it a lot. I’d love to read the sequel in the near future and I’m glad that there’ll be at least two more books to come after the second one. Also, I think the covers are all stunning. It was a great start to a series. I’ve already read some thoughts on the second book and it seems like the second one is even better. Do I recommend? Yes, I do.

“Ellie, would you frolic in the land of forever with me?”

His eyes glistened. I'd never seen eyes that bright or that green. His were emblazoned by a dark symphony. When he blinked, his lashes spread below his bottom lid like satin spider legs, a million wishes to be made upon them, in exchange for these nightmares.

“I have a broken heart, Marcus.”
His eyes twinkled greater than the stars above us. “I can unbreak it.”
Reading order:
Posted by Siiri at 11:00 AM