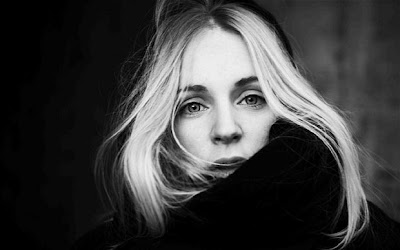 So, I bet some of you already know about a wonderful and beautiful Danish singer (and songwriter) Agnes Obel. If you don't, I recommend (read: order) you to check out some of her songs. I found out about her after watching an episode of "Revenge" (an awesome show by the way, not a single episode has disappointed me so far) where her song "Riverside" was playing on the backround. Also, it was on the show "Ringer" which is a pretty awesome show, too. It's one of the most beautiful melodies I've heard recently, so calming and it just haunts me for days. Well, it did at least.

Oh, and I LOVE her accent.

So I know just two songs from her at the moment (aside from "Riverside" I've also listened to "Avenue"), but I will definitely listen to some of her other songs when I have time, and notice that I say when not if, because I do want to find out what other beautiful stuff this woman has in her repertory.

So, I promised some facts about the artists, right? I think I won't be consistant with these, because I really don't have time to check every artist's backrounds, but I checked out some things about this wonderful lady over here. Here we go: