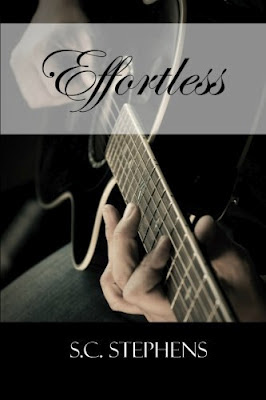 A continuation of the novel, Thoughtless...

A lot can happen in a year. You grow, you change, you learn from your mistakes. And Kiera had made a lot of mistakes to learn from. But she had learned, and she was determined to never cause a man pain again, especially the amazing man who currently held her heart. But life offers new challenges for every relationship, and when Kiera’s love is put to the ultimate test, will it come out the other side unscathed?

Love is easy…trust is hard.

I was excited to read “Effortless“, because “Thoughtless“ was a quite pleasent read and in some ways I was even hoping Kiera would end up with the guy she eventually chosed and I was eager to read about their new beginning.

There was a lot more love in this one and more sunshine, too, but the doubts are not on Denny’s shoulders anymore, they’re on Kiera’s now. What goes around comes around, right? I don’t want to say who she chose, because it would ruin the first one then, but I’m glad she chose this person, because I kind of felt like they were a better match.

The problems do not just disappear, especially when it’s hard to gain trust while you’re cheated on someone or cheated with someone. It’s also hard to restore trust.

I liked Anna and I liked Griffin’s rambling probably the most, they were just so random and funny. Kiera’s dad and his rules were also making me grin, because when you’re daughter is 21+ you should let her sleep with her loved one, but no! The guy’s not even aloud to go upstairs.

The story wasn’t as intense as it was in the previous one, but I still kind of enjoyed it. My expectations were quite high, therefore, I was a little disappointed. I don’t regret I read it, tho.