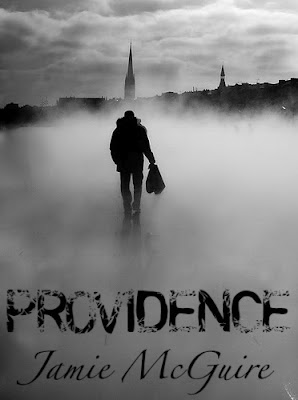 In the old world shadows of Providence, Rhode Island, Nina Grey finds herself the center of a war between Hell and Earth.

Struggling with her father’s recent death, Nina meets Jared Ryel by chance…or so she believes. Although his stunning good looks and mysterious talents are a welcome distraction, it soon becomes clear that Jared knows more about Nina than even her friends at Brown University. When questions outnumber answers, Jared risks everything to keep the woman he was born to save—by sharing the secret he was sworn to protect.

When her father’s former associates begin following her in the dark, Nina learns that her father is not the man she thought he was, but a thief who stole from demons. Searching for the truth behind her father’s death, Nina stumbles upon something she never expected—something Hell wants—and only she holds the key.

Nina Grey is a studend in Brown University in Providence and has to go trough a rollercoaster of emotions caused by the reacent death of her father. During the evening of the funeral day Nina meets Jared Ryel. Randomly. At least that’s what she thinks. Jared and Nina pump into each other more and more. There’s some attraction between these two, but it’s all really suspicious. At some point Nina’s got more questions than Jared’s got answers and Jared’s forced to tell her the truth.

I was so, so, so excited to read another one of Jamie McGuire’s novels, because “Beautiful Disaster“ left such an impression on me, but I was quite disappointed with "Providence", because it was not as good as I expected. There wasn’t anything wrong with the story nor the characters or the flow of the story, but it wasn’t that intense and emotional and.. Hmhh.. Something was just missing.

I even don’t know what to say. It was a mediocre book. Totally mediocre. Everything was mediocre, to be honest. There were too many characters so their stories weren’t that developed. Uhh.. Nothing more to say really. I cannot even remember the details. Both, the first and the second one, are like a blur in my head right now and I can’t seperate one from another, therefore, I can’t really say anything at this point.