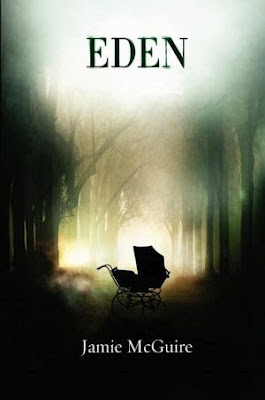 She had seen the unspeakable.
She would learn the unknowable.
Now, she would fight the invincible.
In the third and final installment of the Providence series, Nina Grey will marry the wrong man, carry the child that was never supposed to be born, and fight a war she can't win.
Faced with the impossible task of protecting his new wife and unborn child against the throes of Hell, Jared Ryel is allowed no mistakes. Pressured to return the Naissance de Demoniac to Jerusalem, he revisits St. Ann's to learn the answers were in front of him all along.

Together, they must survive long enough to let their child save them - and the world.

As far as I’m concerned, this was the best out of all three books from this series. Yeah, it wasn’t original, wasn’t the best piece of work I’ve read, but it was definitely better than the two previous ones. It was a really quick read and it felt like the pages were flying while I was reading. The plot was pretty great, too.

Nina’s pregnant and Hell’s trying to do everything in it’s power to stop her from having this baby. Nina’s and Jared’s child is supposedly one of a kind – a child who’s birth has been predicted in a prophecy in the books of Hell and Heaven. It’s supposed to have tremendous power and it’s a force to be recognised to everyone. No one knows how it’ll affect the balance between Hell and Heaven. It’s frightening to everyone, especially to Jared and Nina who are trying to come out of this alive and they’re trying to keep everyone they care about alive, too. That’s a pretty hard task. There are some major events in this book: the wedding, the birth, a few battles – it all comes down to whether or not Heaven’s about to intervene or not, because Hell’s literally about to break loose and it ain’t pretty.

It all kicks off very beautifully – it’s Nina’s and Jared’s wedding day. Everyone seems to enjoy themselves, there’s a very relaxed atmosphere and I started to wonder what’s about to happen? Or more importantly – when? It didn’t take long for me to find out.

This whole journey was emotional for Nina and Jared. One thing that suprised me was that Cynthia, Nina’s mother, turned out to be a really sweet woman, a very organised and strict, but still, very sweet. I used to thought she was a robot and didn’t want to show her feelings (well, I still think she doesn’t know how to express her feelings), but while Nina was expecting her firstborn, Cynthia brought some real emotion to the table and she seemed more human all of a sudden. I really liked that.

I also liked that McGuire suprised the readers with some unexpected things. In “Requiem“ we discovered a few facts about Kim and we learn some interesting things about someone else in this one, too. I did not expect that at all. It wasn’t that important in the scheme of things, but it was still unexpected. We get to see Ryan trying to pursue Claire (which was the best part of the book, if you ask me, because knowing Claire, she will not admit to being in love or interested in someone and she’ll do everything in her power to keep Ryan at arm's lenght, plus their bantering is hilarious to read about) and we get some glimpses of Nina’s training with the Ryel family.

I thought it was a decent piece of work and I’m happy that I did not give up on this series. What a great way to end Nina’s and Jared’s story.

Ryan held out his hands. "What the hell is this? Beat The Shit Out Of Ryan Week?"
"I didn't think you'd mind, since you're always insisting upon getting yourself hospitalized,"Claire said.
Ryan's face screwed into disgust. "That was uncalled for."
"The truth hurts, baby."
He smiled. "If you're going to talk to me like that, you can insult me all day long."
Claire pulled her car keys from her pocket, and then pulled on Ryan's hand. "I meant that you're a baby. It wasn't a term of endearment."
"Yeah, right.”

“I felt like Winnie the Pooh trying to squeeze into the honey tree.”

“What can I say to you that I haven't already said? What can I give you that I haven't already given? Is there anything of me that isn't yours already? My body, my mind, my heart, even my soul. Everything that is me belonged to you long before this, and it shall be yours long after this. I will follow you anywhere and everywhere you lead. I will keep you and anyone created with our love safe from all harm. From this day on, I choose you, my beloved, to be my wife.“