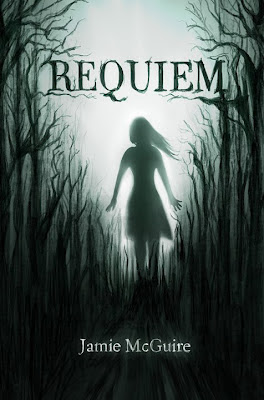 In the old world shadows of Providence, Rhode Island, Nina Grey finds herself the center of a war between Hell and Earth.
Struggling with her father’s recent death, Nina meets Jared Ryel by chance…or so she believes. Although his stunning good looks and mysterious talents are a welcome distraction, it soon becomes clear that Jared knows more about Nina than even her friends at Brown University. When questions outnumber answers, Jared risks everything to keep the woman he was born to save—by sharing the secret he was sworn to protect.
When her father’s former associates begin following her in the dark, Nina learns that her father is not the man she thought he was, but a thief who stole from demons. Searching for the truth behind her father’s death, Nina stumbles upon something she never expected—something Hell wants—and only she holds the key.

Even though I stated in my “Providence“ review that the series wasn’t that great – it was quite mediocre – the second installment was far better. It was action-packed, mysterious, funny and sweet. It had it’s ups and downs, but mostly I enjoyed this book and thought it was a pretty good read.

Jared is really a knight on a white horse: he’s sweet, charming, protective, funny and quite honestly a badass when it comes to fighting. Nina’s far more reasonable in this book and it’s pleasant to see her mature by the very second. Claire and Bex are both awesome. Claire is this kick-ass powerful little doll and Bex is a hilarious breath of youthful fresh air. Ryan’s more tolerable, too, I even liked him in this one.

Nina’s having strange dreams in the sewuel and her life is even more in danger than in “Providence“. No one seems to have a clue what’s causing these dreams and what to do next. We get to see things heat up and get dangerous for everyone. Also, we learn more about the characters, their destinies, about the whole prophecy and we get a chance to learn that there’s more to some characters than we’ve thought so far.

Overall, it was a pleasant read and I definitely liked it better than the first one.

I peeled my eyes open to see him standing at the end of the bed. “Just so you know, that’s creepy,“ I said, rubbing the sleep from my eyes.
“Not as scary as your hair,“ he frowned.